The Silk Road; the trade route where Marco Polo travelled, writing his famous ‘Book of the Marvels of the World’

More correctly its ‘Silk Routes,’ a term coined by Ferdinand von Richthofen (uncle of the fighter ace Red Baron), naming the trade routes from China to Turkey – and on to Europe. The name does not refer to a road or specific route, as the trade was also undertaken by sea as well as land over vast distances. The route was disrupted during the rise of the Mongol Empire but was reinvigorated by sail during the rise of the European powers and is running again today – by ship, road and rail.

The region has every significant religion in the world, living in relative harmony, including; Muslim [Shiites, Sunnis & Sufis], Jews, Orthodox Christians, Zoroastrians, Buddhists, Shamanists Confucianism, Taoism – and others

Big grand mosques, mud cities, palaces, fortresses and ruins. Desert architecture using the wind and water in ways to keep houses cool which predates western air-conditioning systems by thousands of years – by using natural flows of wind and water in complex systems, all built by hand. The systems of cooling and water supply are still unmatched by modern western environmentalists using computers and heavy machinery.

And of course, no need to mention the Great Wall of China – it’s actually a series of defensive walls which doubled as immigration and tax control barriers. They were started in 200BC till 1600 AD. The walls have been found to be over thirteen thousand miles long: built in series of or layers of defence over almost two thousand years. The walls slowed but not stop the Mongol horseman from invading, though they managed to do this by using Chinese people using contemporary techniques to breach the walls.

Central Asia has, the Karakum, amongst other deserts, with vast grassy plains of the Steppe to the north; running into the forests and mountains high rolling plains and lakes of Kyrgyzstan towards China in the east

Uzbekistan is only one of two ‘doubly landlocked’ countries in the world – that is, it’s surrounded by landlocked countries. China has mountains, grassland and the Gobi Desert

The recently passed dictator had the capital city Ashgabat made in white marble. The rest of the country is a beautiful empty dessert, with nomads in their yurts.

The economy is run off its vast reserves of oil and gas which lies beneath Central Asia’s largest desert; the Karakum or Black Desert. First stop the capital Ashgabat with enormous monuments and extravagant buildings made entirely of white marble.

We visit Darvaza Gas Craters, or the ‘Doors to Hell’, it’s a drilling operation gone wrong, which  opened a massive hole in the desert; from which the natural gas came out – it was lit to get rid of the dangerous gas and it’s been burning for 40 years.

Kanye-Urgench on the northern border is a ruined town, with old monuments. Is was the scene of one of the biggest massacres in human history by Genghis Khan; this start of his killings led to the death of over 70 million people; some 17% of the world population

The heart of the ancient Silk Road

Highlights – the beautiful cities of Khiva, Bukhara and Samarkand are the main highlights not only Uzbekistand but of the whole of Central Asia

Khiva town is one of the best preserved of the in Central Asia the Old Town is within a massive mud brick fortress. Climb the towering minarets and sit in the tranquil old mosques. We cross the desert and the Amu Darya River, (known in ancient times as the Oxus), to Bukhara. Its old centre with easy to get lost in narrow winding streets, mosques, medievel royal fortress and a bazaar complex; its a UNESCO World Heritage Site. Samarkand was once the most populous city in the world; its 2,500 years of history old rivaling Rome in importance; now its attractions are  really big colourful mosques, markets and the impossibly big public square called ‘Registan’ or sandy place in Persian. This was made when public squares were for public announcements and executions. Onto the capitol Tashkent and east, transiting Kasakhstan into Kyrgyzstan.

One of the larger countries in Asia – it extends into Eastern Europe; the people are a mix of Mongolian and Russians. The capital Alamaty; is named after apples, which is where they first grew.

Highlights – the size of the place; the 9th largest country in the world

We cross to Kazakhstan and Aksu-Dzhabagly Nature Reserve the oldest nature reserve in Central Asia; stunning scenery of green valleys, rushing rivers and snowcapped peaks.  Look out for the Himalayan brown bear.

A land of high mountain passes, grassy plains, alpine lakes & yurts, all in the Celestial Mountains. The beginning for us of a strong Chinese influence.

As big as England with just 5 million people; there is space to wander. We visit the capitol Bishkek You can go walking and horse trekking around Lake Issyk Kul.

We visit the vast red stone cliffs in Jeti Orguz or ‘Seven Bulls’ and visit the town of Karakol with its beautiful Russian wooden houses and tree-lined streets. Nearby are the Terskay Ala Too Mountains, a wilderness with nomadic shepherds.

Continuing around the lake to Semenovskre Gorge you can go walking and follow the rivers that wind through the national reserve.

On to Ala Archa National Park; forests, glaciers and alpine streams and go camping amongst the nomads in their yurts.

From Kashgar we cross the Taklamakan and Gobi Deserts, visit a Buddhist Monastery, Giant Pandas, Xi’an’s Terracotta Warriors, the Great Wall of China and reach Peking where the best things to see are Tiananmen Square and the Forbidden City or Palace.

Cross the border to China over the high Torugat Pass to high plains with nomadic Kygys people with their yurts and horses. Kashgar – is a major trading point on the old Silk Road. Big bazaars, markets and old tombs. Down the Karakorum Highway to beautiful Lake Karakol, nestled in the desert below snow covered mountains.

Into the Taklamakan Desert – a dry massive desert of slowly moving sand. We spend a few days on the northern edge of this long desert.

To Kuqa and the Kizil Thousand Buddha Caves, these caves were carved into the cliff face over a period of 1,700 years; all overlooking the Muzat River, a broad river running through this dry country.

On to the ruins of Turpan, a revitalized oasis town, hot weather and good irrigation produces trellised vine s and the best grapes and raisins in the world. On a nearby plateau are the ruins of Jiaohe; a city destroyed by the Mongols under Genghis Kahn.

The Great Wall of China spreads across a great many parts of the country. Jiayuguan Fort built in the Ming Dynasty is the westernmost section lies at the walls most western end

Over the Tibetan Plateau and Yong Jing, and take a ferry across the Yellow River to the Bingling Grottoes and Temple; a series of Buddhist caves and statues cut into the cliff face.  Wander through the site by following walkways perched on the cliff face high above the river.

Chengdu is our first really big city in China with something around 14 million people. It’s the capital of Sichuan province and the home of the spicy Chinese food. The Giant Panda breeding centre is here, so if you want to see one of the baby bears up close. The film Kung Fu Panda was set in this city. It’s an attractive modern city and worthwhile spending time to wander around, and to visit the Wuhou Temple & Wenshu Monastery.

To Xi’an and the Terracotta Warriors; 8,000 life size terracotta soldiers and horses lay buries for 2,000 years. They are all unpainted as when they are unearthed and exposed to the air, within just two minutes the ancient colourful paint job fades and flakes off. Also you can see a relic of the Buddha, a finger bone at Famen Temple.

From Xi’an to Beijing by a full days train ride – We see the Great Wall of China and reach Peking where the best things to see are Tiananmen Square and the Forbidden City or Palace and Temple of Heaven. 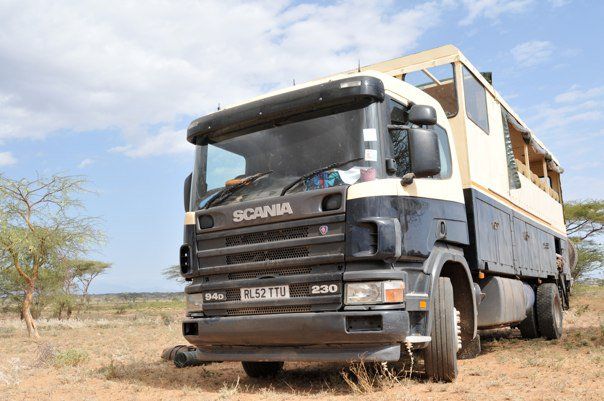