Revealing a new Africa for the future

The head of prestigious hotel chain, Marriott International, has announced plans to expand further across Africa in a bid to meet the growing demands of the middle class locals.

Arne Sorenson, CEO of the group, spoke to USA today to describe why the hotel group believes that there’s a change afoot within Africa, and why the continent offers some of the best opportunities for development.

Marriott International is already the largest hotel chain in Africa, having established a stable base in nine different countries, with more than 130 hotels.

The group’s presence in the continent was given a huge boost when it acquired Protea Hotel Group in April of this year, adding 116 hotels to its chain.

Marriott International believe that there is a growing need to build on this foundation, and has announced it will be investing $200 million into development plans across Africa, moving into an additional 7 countries. 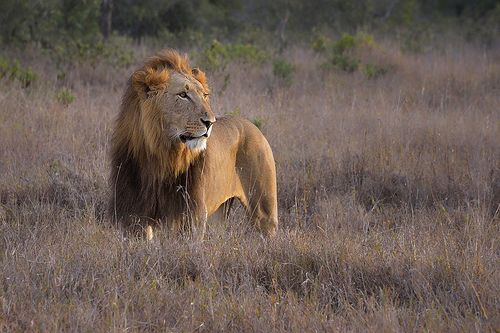 Africa is currently being looked at and how it can be built for the future.

These plans which were announced at the US Africa Business Forum means Marriott will have a presence in 16 countries, after opening a further 36 hotels and recruiting 10,000 new members of staff. The hotel chain hopes to have the work completed by 2020.

The changing face of Africa

In the past, Africa has been viewed very much as a holiday destination which provides a different experience for visitors from the west.

However, Arne Sorenson says that Africa is a region which has a growing need for accommodation from the middle class local population and that the US has the wrong perception of what the continent now offers.

The CEO went on to describe the opportunities which currently exist within Africa and the need to develop a strong brand in order to provide necessary services not to travellers, but the local population saying,

“Well the growth is exciting in Africa. You’ve got two things happening. One is (gross domestic product) is growing quickly in many countries in Africa. That growth means opportunities for us. The second thing about Africa is it’s got a hugely growing middle class. There are about a billion people. They are young. And that growth in the future means that those folks will be traveling within Africa but also traveling outside Africa. We want to make sure they know our brands.”

These facts are changing outsider’s perception of Africa as a continent based mainly on tribal areas, with poor economic stability or growth.

The head of Marriott went on to admit that there was a long way to go before Africa becomes one of the global economic power houses, but suggested that growth will continue at 5% or more for the continent as a whole in the coming years, a substantial and impressive achievement if borne out.

A continent of diversity

With more than 50 countries in Africa, it’s impossible to generalise about the culture or what Arne Sorenson says is “their story”. However, it’s certainly true that overall there’s a growing move towards greater stability, even in the north which was adversely affected by the Arab Spring.

Local travel is expected to continue to grow in demand, which is one of the reasons why Marriott is so keen to establish a strong presence across the whole area.

Job growth in Africa is an aim.

But with job growth and greater economic stability, there’s a good chance there will be more travel further afield by Africans, and recognising the Marriott brand at home can only benefit the hotel chain in destination elsewhere in the world.