Kenya boasts being one of the top safari destinations on the whole continent of Africa. A trip to any of the game reserves and national parks offers travellers an adventure of a lifetime. For decades, people have been taking part in Safari adventures across some of the most beautiful landscapes in the world and where an encounter with a wild animal is a wonderful prospect that travellers wait for in anticipation.

Over time, the game reserves and national parks found in Kenya have evolved and this includes the many camp sites and luxury lodges which can now be found in some stunning locations whether close to a park or near to it. There is literally something to suit everyone’s idea of a great safari as well as their budget. 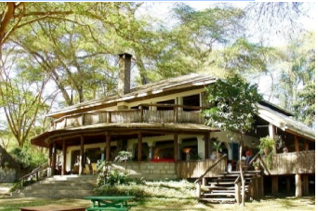 Situated in a fabulous location at the foot of Mount Kilimanjaro, Amboseli National Park is a Kenyan treasure. Spending any time in the park is brilliant but it’s at dawn and then again at dusk when the place is literally spectacular as low hanging clouds disguises the mountain with just its tip showing through the high mists. Amboseli Park has to be one of the most visited in the whole country and as such many of the roads and trails are today eroded and pretty dusty to drive down. With this said, steps are being taken to reduce the amount of off-roading in order to protect the park’s environment.

However, the park is still spectacular and home to herds of elephants as well as hyenas, lions, jackals, cheetahs and leopards. When it comes to bird-life, the numbers and species are tremendous and this is especially true around the marshes and swamp areas of the park which boasts ten species of eagle making it one of the most fascinating Kenyan game reserves.

This stunning park forms part of the Aberdare Mountain Range. Landscapes consist of towering peaks and deep ravines through steep sloping hillside forests, making it one of the more popular trekking regions of the country. The park boasts being able to support a fantastic range of animals due to it being a water catchment that’s full of rivers and streams. It’s in this gorgeous rainforest environment that you’ll spy elephants, black rhino, buffalo, leopards, baboons as well as black and a host of monkeys including the white Colobus and Sykes.

It’s in Aberdare National Park where the very elusive bongo antelope can be found living in the bamboo forest and where a little higher up in the moorlands, serval and eland cats have made their home. The park is also a bird watcher’s paradise with more than 250 species living in the park.

Samburu game reserve boasts being in a remote location which actually joins two other reserves together, namely Buffalo Springs and Shaba. The fact the reserves are so remote makes them among the least visited in the country which is a serious plus point because it means they never get that crowded. The reserves are in the north of country, in a region known as the Northern Frontier District and where the temperature can hit 40 degrees C from January right through to October.

The park is stunning even with the earth baked hard by the heat, which is mainly due to the superb table mountain called Ololokwe forming the backdrop to the area. The park boasts being home to the rarer Grevy’s zebra, the reticulated giraffe and the Beisa Oryx as well as crocodiles and a large hippo population. You can even spy long necked gerenuk in the park standing on their hind legs so they can munch higher up in the bushes. Again the park is a bird watcher’s paradise with a massive population of many species including some rather noisy guinea fowl.

One of the superb highlights of visiting this park is when the Samburu warriors jump into deep water holes during the dry season to pass up water to their cattle all the while chanting traditional songs of the region.

Travelling on safari in Kenya is a superb experience with every game reserve and national park offering visitors a unique time in some of the most stunning regions of the country. Each and every park and reserve has a selection of campsites from luxury lodges to exciting mobile camp-sites that just adds to an already extraordinary African adventure.