5 Desert Holidays to Experience around the World

Despite the fact that they are some of the most inhospitable places on earth, deserts have always held a certain fascination. It is not surprising, then, that desert holidays are becoming a more and more popular vacation choice.

There are numerous deserts in the world, many of which are so barren that they hold no attraction for visitors. The five that we feature below, however, provide, in their separate ways, some fascinating holiday opportunities, which are as far removed from a conventional package deal as you could imagine!

The largest warm desert in the world by far, the Sahara Desert is a great holiday location. The Sahara stretches from the Atlantic coast on the west of the African continent to the coast of the Red Sea in the east. In all, the Sahara spans ten separate African countries.

Guided tours within this enormous expanse can provide the tourist with a close look at the life of the local inhabitants and animals, the exact detail of which will depend on which part of the Sahara you are visiting. Wherever in the Sahara you find yourself, however, journeying in a camel train is an essential component of the holiday. From your seat aboard your personal “ship of the desert” you can witness the vast rolling sand dunes and spectacular landscapes during the day and the incomparable starlit skies after night has fallen. A Sahara desert holiday is a truly unforgettable experience.

Further south on the African continent is the Kalahari Desert, which ranges across Botswana, Namibia and South Africa. Kalahari wildlife safaris are extremely popular, with the Central Kalahari Game Reserve and the Khutse Game Reserve providing the opportunity to see lions and leopards in their natural habitat. Accommodation is available in camps and lodges, putting you right in the centre of desert life. The Red Dunes of the Kalahari and the Kalahari Gemsbok National Park in South Africa offer further destination options within this immense desert. 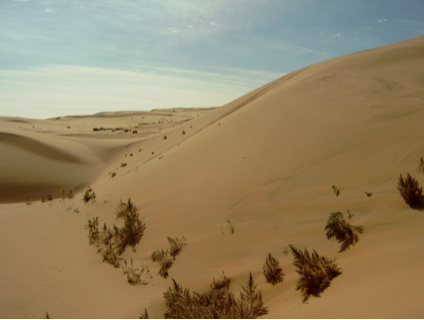 The Gobi Desert, in Mongolia, has long been a favourite destination for the more intrepid international traveller as it holds a number of fascinating attractions.

The Gobi Gurvan Saikhan National Park has a varied landscape, with mountain steppes, wetlands, meadowland and oases. It also has a wide range of wildlife, including the endangered snow leopard. In addition to the national park, the Gobi desert offers the tourist the chance to visit Bayanzag’s Flaming Cliffs, the Yolyn Am Valley and the vast expanse of the Khongoryn Els sand dunes. For these reasons and more besides, the Gobi Desert ranks amongst Asia’s best holiday destinations.

Covering the South American countries of Peru and Chile, the Atacama Desert is one of the most arid and inhospitable of desert holiday locations. Nevertheless, it is popular with those travellers who prefer their holiday to have an adventurous flavour to it.

Touring the Atacama will bring you into contact with ancient ruins, sites of archaeological significance and desert areas that are reputed never to have had any rainfall. The Atacama can be traversed on foot, by bike, on horseback or by conventional motor transport. Whichever method of travelling is chosen, the Atacama holds a world of wonders for the visitor. 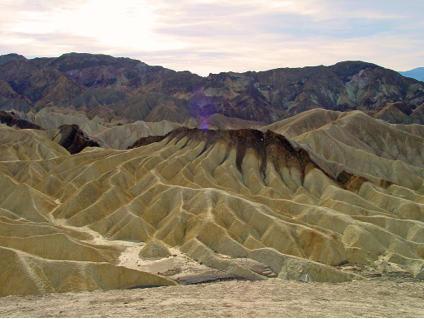 The California Desert, in the USA, covers twenty five thousand square miles of territory in the state of California. It is a holiday attraction for American citizens and overseas visitors alike.

Unlike other deserts, it has a road system that is well constructed and maintained, although many tourists still prefer to take a trip “off-road”. The most popular places to visit include Death Valley, where the temperature can be blisteringly hot, Palm Springs, The Mojave National Preserve, the Joshua Tree National Park and the Desert Hot Springs.

The world is a truly remarkable place and there are few places more remarkable than the desert lands that can be found on every continent on the planet. Visiting a desert may not be the most conventional way of spending a holiday but it is likely to be one of the most rewarding.